Home education fulfills its highest calling when parents educate
their own children
according to Christ-centered, Biblical principles

Minnesota Association of Christian Home Educators (MACHE) is a statewide organization for parents who have chosen to home educate their children. We partner with Minnesota home educators to inspire, equip, and protect homeschool freedoms through year round events, publications, bi-weekly newsletters, resource partnerships, and legislative monitoring with member updates.

MACHE was established in 1983. Our mission is to come alongside parents as they “teach diligently” (Deuteronomy 6:7) and pass on a Judeo-Christian heritage to the next generation. 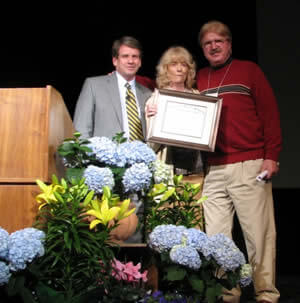 Below: Share our MACHE ad with your friends and family! Consider posting this flyer on your church's bulletin board, or display in your local library. Help us spread the word about home education in Minnesota and how MACHE is here to help.

THE HISTORY OF MÂCHÉ Expand

The Lord brought the Schurke and Coleman families together in the fall of 1983. During the previous year, Roger Schurke had met and worked with Michael Farris in Olympia, Washington, during the time when the Home School Legal Defense Association (HSLDA) was born. The Schurkes had already been homeschooling for five years. Roger's work as an attorney with Mike gave him insight into how to start and maintain an organization.

Upon returning to Minnesota, Roger called pastors and others he knew to find out if there was a state homeschool organization. Many he spoke with referred him to Jim Coleman. Jim and Pam Coleman were meeting with a group that had scientologists among its leadership. Jim, Pam, Roger, and Merryl (Roger's wife) discussed this dilemma and decided that, because most homeschoolers at that time were Christians, Minnesota should have a homeschool organization with Christian leadership.

For several weeks, this matter was committed to prayer. It was soon agreed that the Minnesota Association of Christian Home Educators (MÂCHÉ) should hold its organizational meeting. Approximately 50 people attended ths meeting in November of 1983 at the Powderhorn Park Building in South Minneapolis. Among the attendees were many who continue to homeschool and remain involved with MÂCHÉ today.

A decision was made that the board members would be home educating Christian couples. The initial member list was kept in the Coleman basement in a container which was originally a cigar box. That list has since grown to over 3,000 and is now kept in a computer in the MÂCHÉ office.

The first MÂCHÉ conference was held at Faith Academy in Fridley with about 300 people in attendance. There were no exhibitors or suppliers ... just speakers. The Coleman and Schurke families did all of the mailings by hand and furnished the coffee, cups, napkins and donuts for the first three or four conferences until growth made this impossible. Subsequent conferences were held at Grace Church of Edina, the Edina Community Center, Way of the Cross Church, Crystal Evangelical Free Church and Bloomington Assembly of God Church.

In 1996, organizational growth and interest made it necessary to begin convening the annual conference at the St. Paul Civic Center, which was later re-named RiverCentre. Since then, conferences have also been held in Rochester and Duluth convention centers. This annual event with an attendance consistently over 5,000 people includes 90+ workshops, 110+ exhibitors, opportunities for mingling with experienced home educating parents and support group leaders, and plenty of options for food and fellowship.

In 1986 with the help of the Lord and other interested organizations and people, MÂCHÉ was able to pack the chambers of the Minnesota Legislature with homeschooling families, making a very favorable impression upon the state leaders who at that time were writing Minnesota's first home education laws. Prior to 1987 many families were charged with abuse, neglect or negligence because the school they conducted was not "essentially equivalent" to the public or government schools.

While we currently homeschool freely, every session of the Minnesota Legislature and the U.S. Congress introduces bills that would adversely affect home educators. Over the years MÂCHÉ has continued to be used of the Lord to take the lead at the Legislature when parents’ educational rights and freedoms have been jeopardized.

MÂCHÉ works year round to encourage Minnesota home educators through their various events and publications and to safeguard Christian home education. 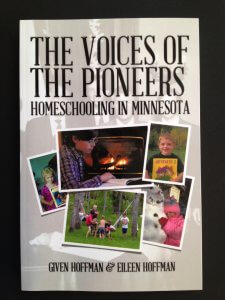 If you would like to know more about the history of home education in Minnesota, you might want to purchase the book The Voices of the Pioneers: Homeschooling in Minnesota, written by homeschoolers Given Hoffman and Eileen Hoffman. The book is a "collection of first-hand stories of more than a dozen homeschool pioneers."

"Sit down with a hot beverage and enjoy this conversational-style history of those who ventured to do what was considered less than legal and more than a little bit crazy. Learn why parents removed their children from public schools to educate them at home and how these pioneers fought for that right before local courts, district courts, the Minnesota supreme Court, and in hearing before both the Minnesota House and Senate. Witness the birth of MÂCHÉ and its thirty years of growth and influence."