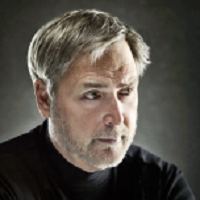 Filmmaking to Engage the World

Timothy Mahoney had a dream of filmmaking after seeing his first film ‘The Hiding Place’ at 16 years old.? He never stopped following that dream. After years of filming local commercial & TV spots he released his first full feature documentary film “Patterns of Evidence: The Exodus” in 2015.? Tim Shares his heart and passion for filmmaking at colleges and other venues.? His purpose through speaking and filmmaking is to engage the world in a conversation.