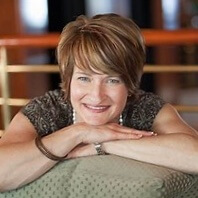 Current studies show almost 10 percent of the American population is affected by depression each year and depression among children is increasing at a rate of 23% per year.?Peggy Ployhar knows first-hand how dark and limiting depression can be.?As a biblical counselor, Peggy transformed her experiential insight into depression as God revealed the steps He used to pull her out of the pit of despair.?Peggy not only shares from the point of view of someone who has personally struggled with depression and a biblical counselor who has both studied and counseled others in this area, but also as a parent of two children who have overcome their struggles with depression. The talk “Shedding Light on Depression” biblically dissects the clinical reasoning behind depression and the current methods of treatment while revealing how Jesus, the true Light, can dispel even the most cavernous darkness and bring the light of joy into the life of anyone willing to trust in His ability to transform their heart and mind.