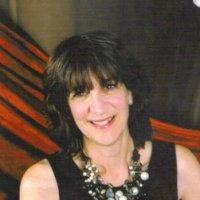 BONNI LEVY GREINER‘s journey as a Jewish girl began in metropolitan Philadelphia where she was raised in a contemporary Jewish household. While pursuing a teaching certification, she met and eventually married a conservative, Christian hog farmer and relocated to a farm in rural Pennsylvania. After her marriage, Bonni quit her public school teaching job to become a full-time wife and eventual mother of eight children.  The decision to homeschool was made in 1991 on the heels of Pennsylvania legislation that legitimized homeschooling. All eight of her children are homeschool graduates. The community soon learned of Bonni’s unique testimony.  Eventually she accepted offers to be a guest speaker at local churches and to share her testimony which was often coupled with a Passover seder. Bonni believes that the experience of testifying to God’s unique plan for her life was in preparation for her current ministry. Regardless of the number, childrearing is a challenge. Bonni survived and learned to thrive in the demanding childrearing years.  In the process she developed a heart of compassion for young mothers who were coming along behind her. God birthed in her a mentoring spirit that she now uses to encourage and uplift young mothers. Bonni is a well-known motivational speaker, blogger at MombyExample.com, and is the co-founder of the Refresh and Renew Conference for women held annually in Lancaster County, Pennsylvania. She has authored four books: Recapturing the Joy of Motherhood, Timely Truths for Toddlers to Tweens, There’s An Easier Way, and Godly Character Traits.