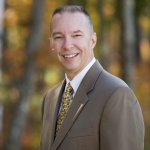 Dr. Steve Scheibner has an earned Bachelors degree, two earned Masters degrees, and an earned Doctorate degree. Upon graduation from college, he joined the U.S. Navy and was commissioned and trained as a pilot. He married his college sweetheart, Megan, and they began a life together that has included eight children and fifteen moves. Steve was deployed three times in four years as a pilot flying the P3 Orion. When he left active military duty, he was hired by American Airlines. Steve remained active in the Navy Reserve, where he was asked to design and teach a course in Navy Core Values. The course has found broad acceptance and Steve is a highly sought after trainer and motivational speaker. Steve and Megan have developed a parenting course entitled Parenting Matters: The Nine Practices of The Proactive Parent. Steve is also the author of several books and studies. Steve and Megan have been guests on Family Talk with Dr. James Dobson and The Glenn Beck TV Show. In his spare time, Steve sleeps, watches the Red Sox, and drives his children to sports practice … all while attending weekly meetings of Overachiever’s Anonymous. In 2011, Steve retired as a Commander from the U.S. Navy and is currently a First Officer for American Airlines. He recently retired as Senior Pastor of Cornerstone Baptist Church of Topsham, Maine, to become the President of Characterhealth Corporation, a non-profit conference ministry aimed at equipping parents to train the next generation of character-healthy leaders.