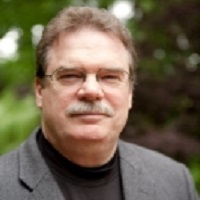 Gregg Harris is an evangelist in the spirit and example of George Whitefield. He does his work as an ambassador for Christ through the presentation of professional quality conferences, seminars and workshops. According to the Home School Legal Defense Association, his work helped launch the Christian homeschooling movement in the United States, Canada, Australia, and Mexico from 1981 through the mid-1990s. His book The Christian Home School was a Christian Booksellers Association best seller.

Despite dropping out of high school at age 15, he went on to graduate at the top of his class at Centerville Bible College (Ohio) and then continued his studies at the University of Dayton and Wright State University. He now has over 36 years experience in evangelical teaching ministry. He is the director of the Noble Institute for Leadership Development, a non-profit educational organization. He is also the founding missionary pastor of the Household of Faith network of churches, a member of the Board of Directors for the HSLDA Homeschool Foundation and To Every Tribe Ministries.

Gregg Harris’s seven children have also gained varying levels of fame within the homeschool and wider Christian community. His oldest son, Joshua Harris, is the author of I Kissed Dating Goodbye, Boy Meets Girl, Sex Is Not the Problem (Lust Is), and Stop Dating the Church, the first of which has sold over 1 million copies. Gregg’s twin sons, Alex and Brett, are the hosts of “The Rebelution,” a Christian teen website, and authors of the book Do Hard Things: A Teenage Rebellion Against Low Expectations. Gregg was married for 35 years to his dear wife Sono, until loosing her to cancer in 2010. Gregg and Sono’s three younger children live at home.