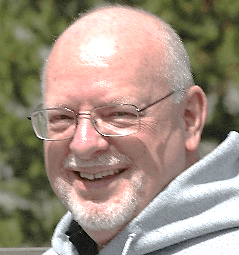 Patrick Nurre is both a speaker and author.  It was in the second grade when he made his first big find – a large dinosaur bone in the alley behind his house!  That was the beginning of a love for geology.   Raised in beautiful Montana, he spent many days rockhounding near the Big Horn River.  This early interest led him to a lifelong study of the world of geology.   Patrick was trained in secular geology, but after becoming a Christian, he began to seriously reevaluate his previous evolutionary beliefs, and became, instead, a young-earth creationist.

Today, Patrick conducts geology classes (PreK-12) and seminars in the Seattle area, and speaks at numerous home school and church conventions on geology and our young earth.  He also leads a variety of geology field trips every year, including Yellowstone Park, where he helps families discover the Biblical geology of the Park.  Patrick is the vision behind Northwest Treasures, a 501(c)3 corporation, devoted to creating excellent geology kits, curricula, and education for all ages. To help in this endeavor, Patrick has written 17 books on geology, for all ages.  He is a long-standing participant in the IAC (International Association of Creation) Professional Development Program. In addition, he draws on over 40 years of pastoring experience. Patrick and his wife, Vicki, have three wonderful children and three grandchildren, and live in Bothell, Washington.