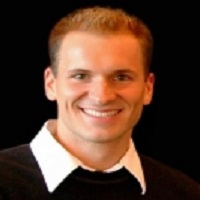 Paul Downer is the Director of Operations for DNA Ministries and Managing Director of Eternal Impact Publishing. He travels the country with his father, Phil Downer, speaking at one to two conferences per month, and appears with Phil on their daily one-minute broadcast, A Discipleship Moment, which airs on over 120 stations in America.

Paul came to Christ at five years old. Despite this, however, he was in a crisis of anger and dishonesty by the age of twelve. His life began to fracture as he became conquered by lying, a fiery temper, stealing, and a deep-seated anger toward his father. God moved onto the scene and transformed not only their lives, but also their relationship.

He has been discipling guys one-on-one for eight years and speaking with Phil for ten years, including engagements in Canada, Peru, and Africa. He conveys a powerful message for young people on fighting their life-defining battles and imparts to both children and parents Godly principles for living the Christian life in godliness, purity, and purpose.