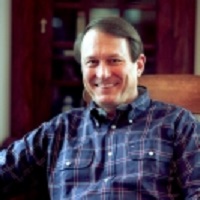 Phil Downer, a former machine gunner who served in Viet Nam with the United States Marine Corps in 1967 and 1968, received a Bachelor of Business Administration from Southern Methodist University in 1972 and a Juris Doctor from Emory University School of Law in 1975. Phil was a successful lawyer before being led to Christ and discipled by fellow professionals. He left his position as one of the senior partners of a 50-attorney law firm to serve as President of Christian Business Men’s Committee (CBMC) for a decade. Phil is on the Steering Committee of the National Coalition of Men’s Ministries, a former elder of his church, and a member of CBMC.

Phil currently serves as President of Discipleship Network of America (DNA). DNA is a nationwide network of people who are committed to following Christ’s example of winning and discipling others to become disciple makers. This Spiritual reproductive ministry emanates from the lives of people who focus on Christ in their work, marriage, family, neighborhood, and church. In April of 2007, the National Coalition of Men’s Ministries gave DNA the Ministry of the Year Award.

He is the author of Eternal Impact: Investing in the Lives of Others; A Father’s Reward – Raising Your Children to Walk in the Truth; and Brave, Strong, and Tender, a book that details how this Viet Nam veteran learned to transfer his leadership from the battlefield to his home, to his law practice, and, eventually, to running a nationwide ministry. He and his wife coauthored Unlimited Partnership: Building Intimacy & Teamwork into Your Marriage.  Phil edited and coauthored Effective Men’s Ministry.

Phil’s wife Susy, also an attorney, served as Assistant Corporate Secretary and legal counsel for Delta Air Lines for ten years. She resigned her position in 1985 to devote full time to their six children whom she has homeschooled throughout their education.

Phil will be presenting our two Keynote addresses and, along with his wife Susy, son Paul, and daughter and son-in-law Anna and Sam Youngs, will be bringing several of our conference workshops this year. This family has an amazing story to share.

No products in the cart.