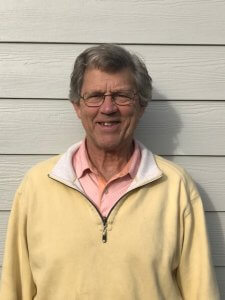 Steve McCully is a retired schoolteacher who taught mostly junior high school and math for 42 years in Washington state. During the 37 years he spent at the same school he also coached a variety of sports, including football, basketball, track and wrestling. During his career he taught a variety of “levels” of math, from intervention for kids lacking in basic skills up through algebra, geometry and pre-calculus. He has a love for kids and a passion for seeing them be successful with numbers. He and a former student have Developed MathPro, an instructional math tool designed to make working with numbers an easy, non-threatening and enjoyable process for students, parents and teachers.

Steve is the oldest son of missionary Ed McCully, one of five men killed in January of 1956 by a group of people they were trying to befriend in an effort to bring them the Good News that God loves them and wants to spend eternity with them. The story is one of the most well-known missionary stories of the 20th century and Steve has had the privilege of sharing it countless times in a variety of settings for most of his adult life, but this will be his very first time in a Homeschool Conference format. His prayer is that you will not only be blessed to hear it but challenged and motivated by it as you serve our Loving Heavenly Father wherever you are.