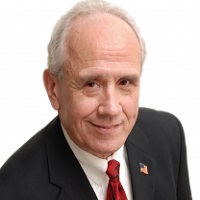 Tom Clark is a lifelong teacher of mathematics and science with more than 47 years of classroom and tutoring experience at all levels, from elementary through adult. He served for five years as the State Mathematics Supervisor for the Indiana Department of Education. While there, he was responsible for curriculum development, statewide in-service, textbook adoption, and consultation for all public and private schools in the state. Those opportunities and the valuable knowledge he gained, enabled him to join the Indianapolis Public Schools as the Supervisor of Mathematics, K-12, overseeing staff development efforts and supervising the implementation of curriculum. Seven years later, Mr. Clark was promoted to the position of Director of Curriculum Development for all areas, utilizing his rich background in mathematics, science, art, music, language, and athletics. In subsequent years, he was commissioned to author several mathematics resources for the Houghton-Mifflin Publishing Co., and for the Addison Wesley Publishing Company. His unique awareness of the needs of both teachers and students is an attribute that helped him win the IUPUI Chancellor’s Award, and the Purdue School of Science Faculty Teaching Award. Over the last twenty years, he has focused on the development of multimedia programs that challenge traditional methods of instruction and which help with both individualized and group learning. He founded VideoText Interactive, a company that specializes in bringing the textbook to life through technology. He then began directing his attention toward helping homeschooling parents become more effective instructors, especially in the area of mathematics. Because of his success, he has been a featured speaker at many major homeschool conferences across the country, and has been asked to write articles on the subject for several homeschool publications. The company’s two major programs, Algebra: A Complete Course and Geometry: A Complete Course have been acclaimed nationwide as comprehensive, college-preparatory mathematics courses. Tom and his wife Alice have been married for 42 years and have two children and five precious grandchildren.