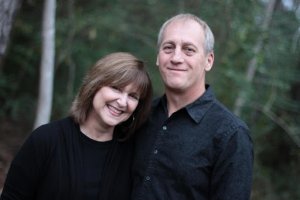 For over 30 years Tony and Margaret Foster have been in full time ministry. The majority of their work has been working with youth and college age students.  From 1978- 1997 they served under Rod Aguillard, Sr. Pastor at Reserve Church in Reserve Louisiana, working with the youth, the internal training school and worship team. During these 19 years, 5 years were spent full time on the mission field.

In 1981-1983 they were missionaries working with World Missions for Jesus.  While stationed in Penang, Malaysia, they worked among Christian churches training with a video bible college called Maranatha Bible College.  They also assisted World Missions for Jesus Canada and laid groundwork for orphanage in Thailand, El- Shaddai Orphanage.

In July of 1992, after the fall of communism, they lead a team of nine to plant a church in Nizhny Novgorod, Russia with Global Stratagies Mission Agency.  This one church eventually grew into five churches in that region. Tony was regional supervisor of 35 other church plants in Russia. It was at this time we learned the principles of cell church and saw the great potential for evangelizing through the small groups.

In the aftermath of Hurricane Katrina Tony was director over the shelter for evacuees located at Bethany World Prayer Center, where over 850 people were housed for over 2 months. Margaret coordinated the medical clinic for services to those housed in the temporary shelter.

From 2007 – 2015 Tony and Margaret worked alongside national churches in Southeast Asia to develop church-planters and leadership. In the process, the E5 Project was launched to equip church-planters and give them economic freedom through business as mission.  The Foster’s passion is training leaders to mobilize workers for the great commission and to pass the “baton “to the next generation.

2015 the Foster’s returned to Bethany Church in Baton Rouge, Louisiana to lay the foundation for Bethany College.  Today Tony resides in Minnesota and is department head for Bethany Global University’s Transformational Entrepreneurship.

Tony and Margaret Foster have been happily married 45 years.  They are the proud parents of four sons, four daughter-in-laws, six granddaughters and four grandsons.

Margaret is a Registered Nurse with a Bachelor of Science degree in Nursing from the University of Louisiana and a minor in vocal performance from Southern University.